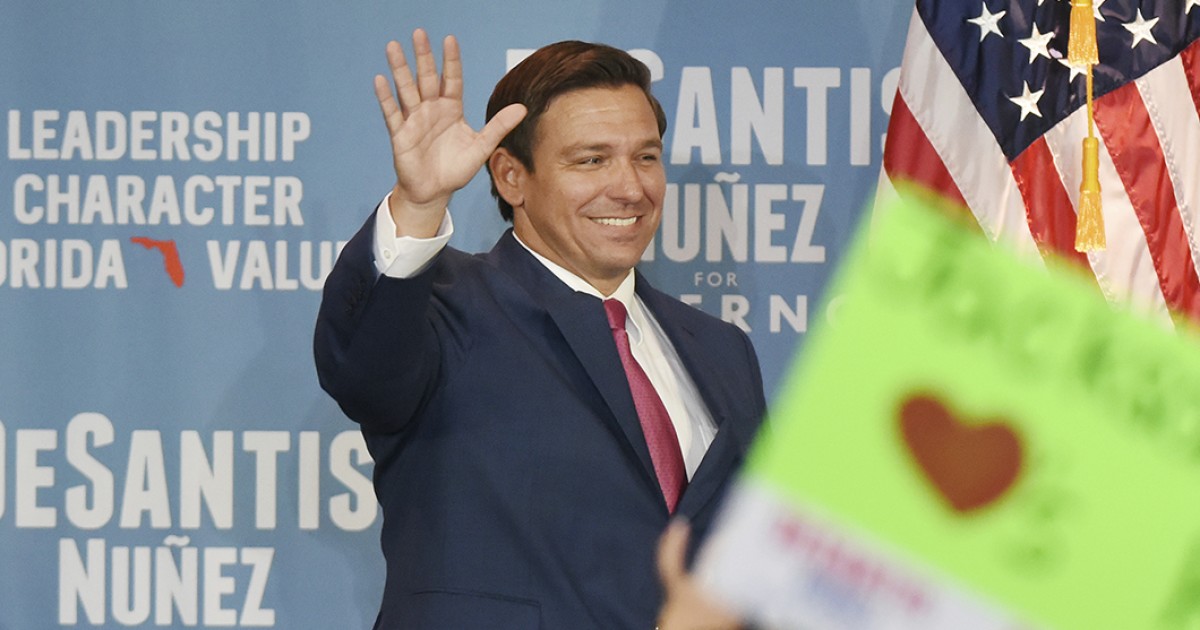 Florida Gov. Ron DeSantis should be credited as the “pandemic winner” for leading the country in reopening businesses and requiring schools to stay open, according to Bloomberg opinion columnist Joe Nocera.

“Can anyone doubt it?” Nocera asked in a Bloomberg op-ed, pointing to Florida’s swift economic recovery.

“As the country tries to recover from the pandemic, psychologically as well as economically, Florida is way ahead of just about every other state in the U.S. As of March, its unemployment rate was 4.7%, compared with New York’s 8.5% and California’s 8.3%. The Census Bureau reports that more than 250,000 people moved to Florida last year, second only to Texas. From all indications, the influx has only accelerated in 2021,” he said.

Nocera indicated that the Republican’s policies during the pandemic were met with media criticism at almost every turn.

“DeSantis was vilified in the media, especially when Covid cases spiked last year. (I was among the skeptics after rooting for him earlier.)” Nocera wrote. “Many public health officials predicted that his policies would be disastrous. His critics took to calling him #DeathSantis. But they were wrong.”

TEBOW’S JERSEY NO. 1 IN SALES ON NFL SHOP LESS THAN 24 HOURS AFTER SIGNING

The pandemic crippled the country, and many states resorted to shutting down completely, but their efforts did not achieve the same level of success achieved by DeSantis’s Florida, the columnist said.

“For whatever reason, the virus did not flatten Florida the way it did New York, Rhode Island or Arizona. The nation’s third-most populous state ranks 20th in cases per capita and 27th in deaths per capita. Whether DeSantis was adept or merely lucky, the result has been something to brag about. Which, of course, is exactly what he’s been doing,” he wrote.

Read More:  How to Manage Your Gum Disease

“There is no question that DeSantis is hoping to capitalize on Florida’s pandemic record to make the case that his policies, which were embraced by the right and scorned by the left, actually worked,” Nocera said. “He’ll point to the failure of remote learning in Democratic strongholds, the deaths and hospitalizations in states that insisted that people wear masks outdoors and the closings of thousands of small businesses that resulted from long lockdowns. Like Trump, he wears the criticism from the left like a badge of honor.”

In contrast, a Democratic stronghold such as New York and its governor handled the pandemic much differently and were subsequently treated differently by media outlets.

CLICK HERE TO READ MORE FROM THE WASHINGTON EXAMINER

New York Gov. Andrew Cuomo was described as an “authoritative voice” on the pandemic and was widely praised for his handling of the coronavirus pandemic, with some even urging him to a presidential bid, but his state statistically lagged behind.

At the height of the pandemic, New York had one of the worst COVID-19 death rates in the country — and the world. If New York was its own country, its death rate per capita would have been ranked in the bottom-3 of all countries in the world.

DeSantis is widely considered a potential presidential candidate on the GOP side in 2024 and has also been floated by former President Donald Trump as a potential running mate if he decides to run for president again.