The police filed three cases over the incident, including the two against Babunagari, last Thursday but revealed the news on Monday after the organisation dissolved its central committee, of which Babunagari was the chief. 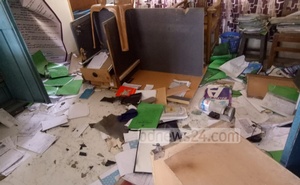 The police will follow the legal course in the cases, he said when asked what action the Hifazat and BNP leaders will face now.Chattogram Superintendent of Police SM Rashidul Haque also confirmed the filing of the cases, but officials at Hathazari Police Station remained mum.

In the two cases against Babunagari, the police named 90 people and accused more than 3,000 unidentified others.

Besides Helal, 57 others are named in the other case that also accuses around 300 unidentified people.

Activists of Qawmi madrasa-based Hifazat marched in Hathazari on Mar 26 when Modi arrived to join the celebrations of the golden jubilee of independence in protest against his government’s policy towards Muslims.

and authorities started two cases and the police initiated four others on Mar 30 over the attacks.Violence erupted in Brahmanbaria, Dhaka and Narayanganj as well at that time.The police have arrested a number of top leaders of Hifazat in dozens of cases over the incidents.Under pressure due to the arrests, Babunagari declared the organisation’s central committee dissolved on Sunday night, hours before it formed a convening committee of five. 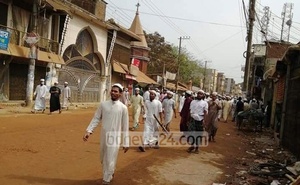 He is also accused in a case over the death of former Hifazat supremo Shah Ahmed Shafi in September last year. Shafi died after resigning as the chief of the Hathazari Baro Madrasa in a meeting.

Shafi’s family alleged he had died of “heart failure” due to “the stress from the unexpected” incident.